Brasserie Prince opened to much fanfare recently. Situated in the Balmoral Hotel, the Roux family have opened a relaxed style restaurant. It was a little chaotic for us on arrival, which was odd considering that the restaurant was not very busy. There were two men in front of us who were speaking to one of the front of house staff. Another three or four staff were hovering. The men were taken to their table and then we were left there for a fair few minutes before finally being acknowledged and taken to our table, even though staff were shooting past us back and forth at quite a rate.

The menu is French on one side and English on the other. I’m not really sure what the point of that is other than coming across as a bit pretentious – or perhaps I’m getting grumpy as I get older. Anyway, if steak tartare is on the menu, I like to try it. This was at an eye watering £27 but as it was just after pay day I thought I’d see what exacl;y was so special about it to justify the price tag, which was quite a bit more than many other items on the menu. My friend opted for the rump steak.

My steak tartare came with fries. This was the only thing that was different – well apart from being hidden under a mound of greenery and parmesan. The flavour was good and the quality of the meat was clear. The fries were decent enough. However, whilst nice, it was no better than what I can get elsewhere in the city for half the price. Across the table from me, the steak was being appreciated. This came with onion rings and French fries. It looked quite uninspiring in the plate though. That said, the steak was cooked well and was gobbled up by my friend. 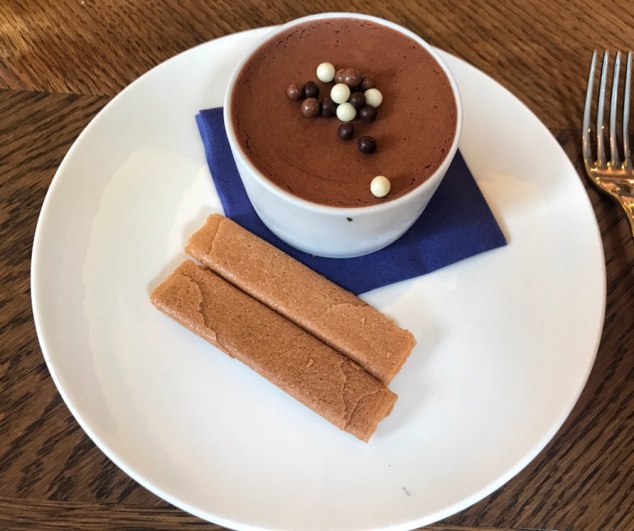 We clearly had room for dessert, so I chose the dark chocolate mousse and my dining companion opted for the seasonal fresh fruit tart. My mousse was simple but beautiful. It was accompanied by some Gavottes biscuits which were incredibly light. My friend was a little disappointed with her fruit tart. She had been hoping for some kind of crème patisserie in it with a selection of fruit on top but what transpired was a fruit purée with two fruits on top, albeit plentiful. This was still a nice dessert but perhaps needs a little more explanation on the menu. 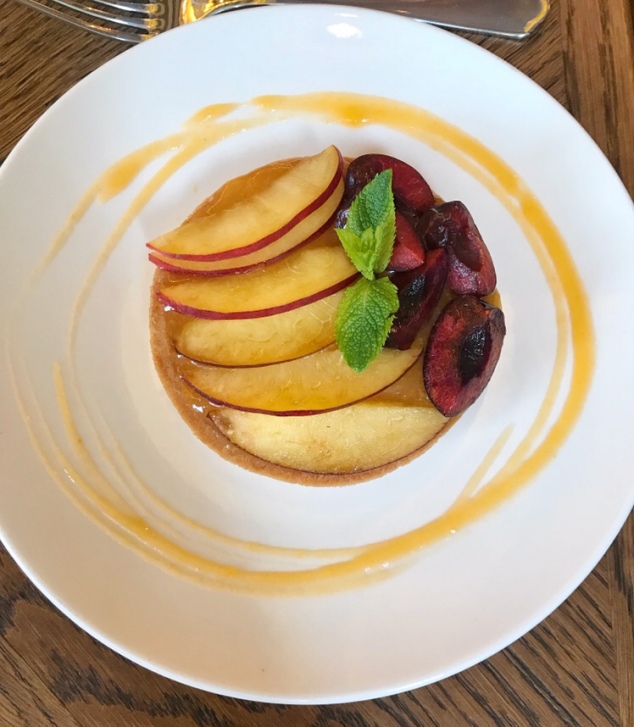 Overall we felt underwhelmed by Brasserie Prince. It was expensive for what it was. No doubt it will do well on the name and location but I’d pick many other places to eat before this one.

Would I eat here again? Maybe but unlikely.

£77 for two mains and two desserts plus a glass of wine.