Hawksmoor opened in the newly renovated Edinburgh Grand complex to much excitement across the city. We went along to Hawksmoor’s soft launch to see what they had to offer. Set in a grand former bank, the venue is certainly impressive. We had put in for the random draw for tables in the soft launch and ended up with a table at 8.30, which meant it was a little quieter but also that most specials had sold out and they also had no bone marrow related items left. 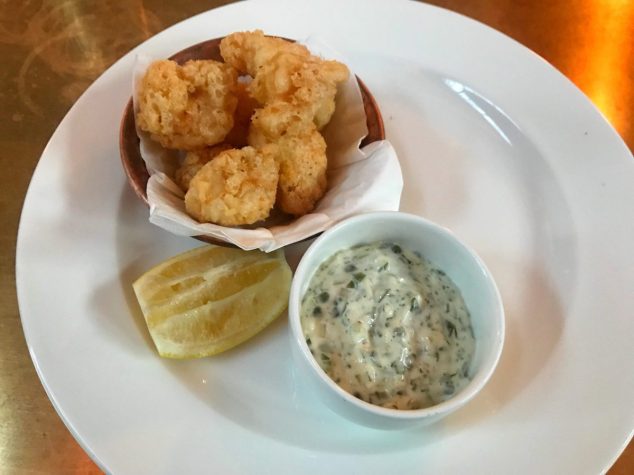 The menu looked good but I couldn’t decide on which starter to pick, so I asked the server which to pick between the langoustine scampi and the potted beef and bacon (which is unlike me to do). She said both were great but believed the langoustine scampi edged it. I took her advice and she kindly said she’d also order the other one for us to try, on the house. At the time I was impressed at this generosity but it appears they offered something free to other diners, a hook for a return visit no doubt. I also ordered a rib-eye steak with a side of dripping fries. My dining companion went for the old spot belly ribs followed by the rib-eye and triple cooked chips. We got a side of spinach with lemon and garlic to share too. 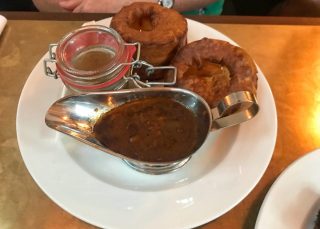 The starters looked a little uneven in size with the langoustines being relatively small and the potted beef and bacon, coming with two Yorkshire puddings, which were massive in size. Let’s start with the langoustine scampi. There were about six pieces served with a tartare sauce. These were light and tasty. The langoustines were cooked well and the tartare sauce was of good consistency. The potted beef and bacon came not only with the Yorkshire puddings but a big boat of gravy to pour over the top. This was all tasty but way too large for a starter for one. It would work better as a sharing starter. That being said, I would never want to share my Yorkshire puddings! The pork across the table was gorgeous and the accompanying salad was refreshing. 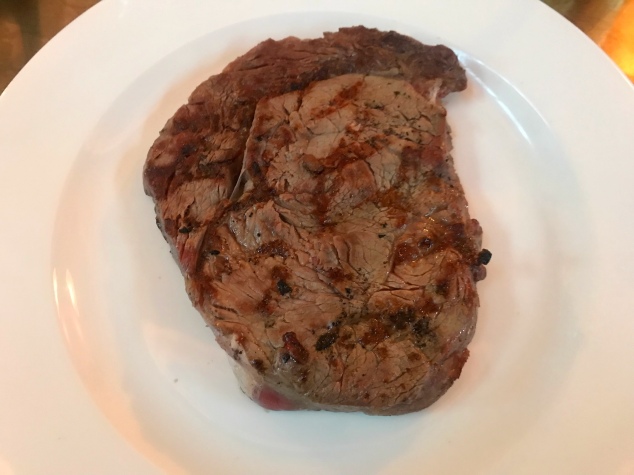 We both had the same cut of steak and I have to say they looked a bit lack lustre, appearing rather dry than succulent. I even got a comment on Instagram saying how poor it looked. However, whilst it wasn’t a stunner, the flavour was spot on. The steak was perhaps a touch more well done than the rare I had asked for but only a smidgen. It was still juicy and full of flavour. I picked a béarnaise sauce which was tasty and the fries finished it off nicely. The triple cooked chips on the other side of the table were also pretty decent. The spinach wasn’t too bad either. However, we couldn’t finish the steaks as we were scuppered by that additional starter. 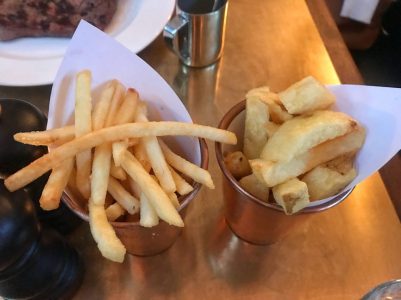 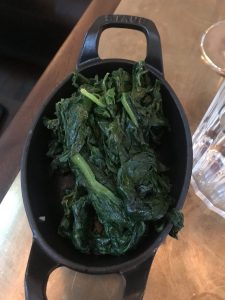 There was no way we could fit in dessert but we were given a couple of the salted caramel rolos free to take home and try. I had mine the next day and they were pretty delicious. The oozy caramel was on the generous side, which in larger numbers would make for a fun dessert.

The service in Hawksmoor was excellent. The brand will hold the place up, as well as having an beautiful venue, but I’m not sure it offers the best steak in Edinburgh.

Would I eat here again? Maybe if there was a deal on.